Inspired by the iconic figures of the sixteenth century, The “Arlequí” is one of the most elegant wines of the winery. It is a wine with great structure, concentrated and persistent and represents the origin of Mas Vicenç.

Arlequí won the gold medal at the DO Tarragona competition.

THE ORIGIN AND PERSONALITY

Blend ‘L’Arlequí’ is produced with the Cabernet Sauvignon, Merlot and Samsó varieties, with an equal proportion of each variety.
Harvest 2017. Manual selection and picking. The three varieties are highly resistant to water shortages, a noteworthy feature of the 2016 harvest. This resulted in a meagre collection but with extremely high sugar and flavour concentrations. The varieties were collected during the last two weeks of October, starting with the Cabernet and ending with the Samsó.
Production The specific maceration process lasts for 12 days. Pressed and subsequently fermented in stainless steel vats, with temperature control. The aging process takes place in first and second year American barrels for 12 months.

Visual appearance Its colour is intense and dark with garnet touches.
Bouquet It has a complex and elegant aroma such as ripe plums, scents of vanilla and roasted coffee beans. There are also notes of certain minerals that transport drinkers to the highest vineyards of Mas Vicenç.
Flavour An intense, rounded wine, with hints of wild fruits, dark chocolate and balsamic.
Pairing Red meats, a good barbecue and even hunt meat go excellently with this wine. ‘L’Arlequí’ also pairs nicely with cheeses.
Serving temperature: Between 16 and 18 ºC. 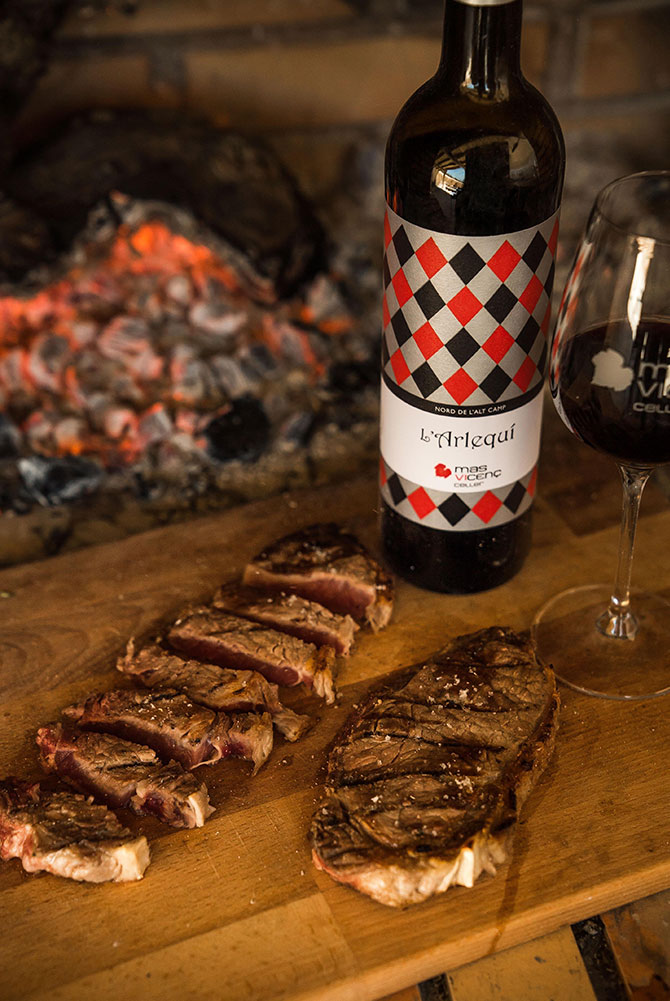 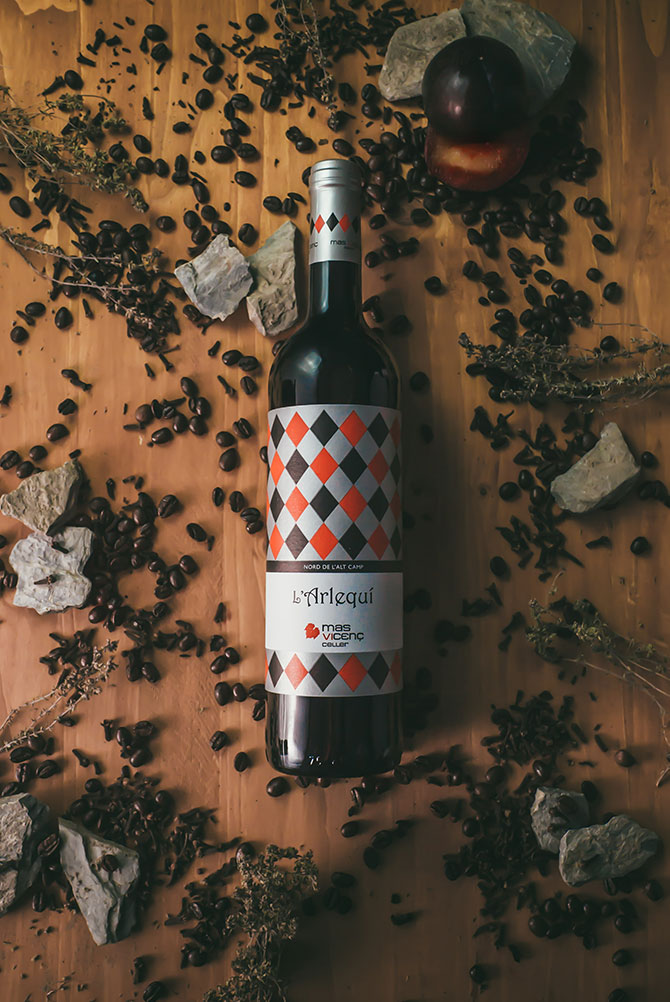